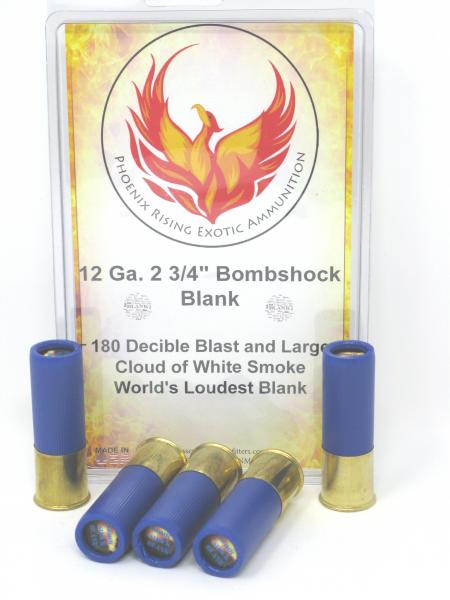 
12 Gauge 2 3/4" Bomb Shock Blank Ammunition produces an extremely loud detonation and a large cloud of white smoke. The Original Bomb Shocks are the world's loudest blank.  The Bomb Shock Blanks are rated at 180 Decibels. Our blanks and flash bangs are tested on the same equipment system used by the U.S. military. The system is made in the U.S.A. Not a cheap hand held meter made in China. Much more effective than standard blanks. Sold in 5 round packs.

Ammo purchasers are responsible for use and compliance with all federal, state and local laws.   Ammo is shipped by UPS Ground Only.